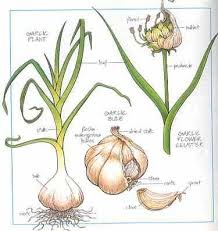 There’s more to garlic than meets the eye. Garlic is one of the most ubiquitous ingredients in the world, consumed in almost every continent. Yet garlic also holds many surprising facts. Here are 8 of the most intriguing ones.
Fact #1: Garlic Caused the First Labor Strike in History The first recorded use of garlic was from over 5,000 years ago, in Egypt. Slaves were regularly given garlic to go with their food ration. Then, one day the ruling class decided to stop supplying garlic to the slaves. The slaves went on strike. That’s right: the earliest labor strike we know about happened because of garlic.
Fact #2: China’s a Massive Global Producer The United States produces about 4.2 million cwt (hundred pounds) per year. Most of that garlic is grown in California. Egypt to this day still produces garlic, at about the same pace as the United States. China, on the other hand is far, far ahead in the garlic industry. They produce an incredible 280 million cwt per year. That’s about 65 times more garlic than the United States!
Fact #3: You Consume 2.3 Pounds of Garlic Per Year The average American consumes about 2.3 pounds of garlic per year. One garlic clove weighs about 6 grams. That means that throughout the course of the year, you’ll consume about 170 cloves of garlic.
Fact #4: Health Benefits from Garlic Are Enormous Garlic can help prevent infections, colds, and flu's. It can combat free radicals and slow down aging. It can help prevent colon, breast or prostate cancer. It can help reduce your cholesterol and reduce the chances of coronary disease. It can even increase sex drive and reduce sexual performance issues.
SAVE 15% NOW
CODE: AM4HEALTH

Fact #5: Garlic is Nutrient Dense Garlic is packed with B vitamins, various minerals, amino acids, flavonoids, polysulfides and other healthy immune boosting ingredients. Nutritionists often consider garlic a “super food” to be prescribed to patients with any number of different symptoms.
Fact #6: Most People Cook Garlic Wrong Chopping up garlic and throwing it in a pan kills off much of the health benefits. Doing it the right way doesn’t diminish the taste at all, yet can make a big difference on your health. “Many home chefs mistakenly cook garlic immediately after crushing or chopping it. To maximize the health benefits, you should crush the garlic at room temperature and allow it to sit for about 15 minutes.” Tara Parker-Pope [1]
Fact #7: Garlic Has Religious Properties Garlic has often been used in rituals. The myth of garlic repelling vampires is centuries old. They’ve been used in pagan and “white magic” traditions for years. There’s even an old Islamic tale that says garlic cloves bloomed in Satan’s footsteps when he left the Garden of Eden.
Fact #8: America Taxes China 377% on Garlic The United States taxes China more on their garlic imports than just about anyone in the world. Yet China still ships copious amounts of garlic to the United States. In part, it’s because their garlic is cheaper to manufacture. It’s also partly because they’ve found many ways around the U.S.’s trade tariffs.
“Chinese exporters may effectively circumvent the 1994 order by shipping “like products”, or using third countries to ship through.” — Hayley Boriss.
Though garlic is a common herb found in almost every supermarket, it has a surprising story to tell. It has an incredible historical, medical, economic and even religious background. Now you know more about garlic than most of the American population.

Brought to you by: 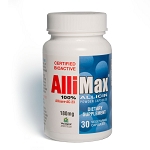 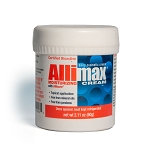 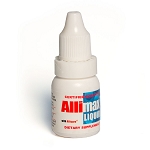 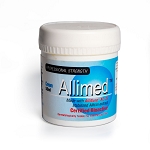