Celebrated across the country with screenings, health fairs, media appearances, and other health education and outreach activities with the goal to heighten the awareness of preventable health problems and encourage early detection and treatment of disease among men and boys. This month gives health care providers, public policy makers, the media, and individuals an opportunity to encourage men and boys to seek regular medical advice and early treatment for disease and injury. Take your health, fitness and personal goals to a whole new level and take the time to learn how Allimax is making a difference with 100% natural products to enhance your well-being.

This month our focus is on Men's Health & the benefits associated with Red  Deer Velvet & Green Lipped Mussell Extract by Mountain Red. 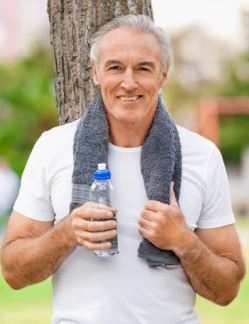 In traditional use of deer antler velvet, it was used to remedy sexual disorders in men such as impotence, premature ejaculation, and watery semen. The estrogen hormone most affected by deer antler velvet is estradiol. Estradiol is a precursor to testosterone.

According to modern research, deer antler velvet has shown gonadotropic activity. This means that it can stimulate growth and increase the weight of both the seminal vesicles and prostate to treat menstrual disorders and menopause in women. Dr. Lee Sang-In of Kyung Hee University in South Korea says deer antler velvet is also used to treat infertility in woman.

Other studies by both Fisher and Wang indicate that antler may increase testosterone levels and can help prevent some conditions associated with aging. Russian researchers claim that compounds found in antler can ease the effects of menopause in women.

Research suggests that deer antler velvet supplements inhibited the activity of some enzymes associated with aging.

Also, it increases the synthesis of liver and kidney protein by promoting the activity of other specific enzymes. Reviews report that this research is strong evidence of the anti-aging influence of deer antler velvet.

Recent studies in Japan show that deer antler velvet reduced signs normally associated with senility. This is probably due to its hormonal effects. Deer antler velvet has shown marked effects on biochemical parameters related to aging in mice, a model for senility.

Not valid with any other sale, coupon or promotion

Mountain Red Deer Velvet is sustainably sourced from New Zealand for the use in the enhancement of daily health and well-being, to support good joint care and mobility, to strengthen the body's natural immune system and to improve the body's strength, stamina, and athletic performance.

"The first rule of sustainability is to align with natural forces,

or at least not try to defy them."

COMING UP NEXT FOR MENS HEALTH  MONTH

with Allicin - The Heart of Garlic

Disclaimer: These statements have not been evaluated by the Food and Drug Administration. This product is not intended to diagnose, treat, cure, or prevent any disease.