WHAT THE HECK IS SIBO? 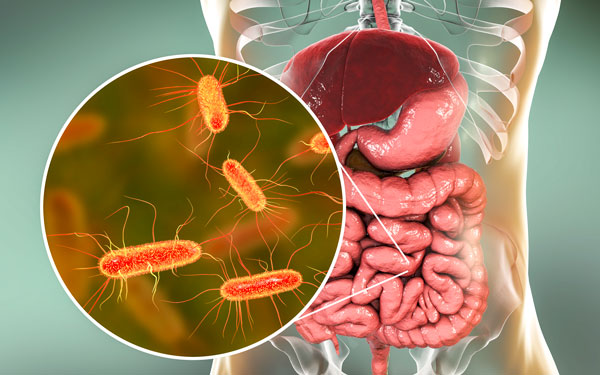 WHAT THE HECK IS SIBO?

I’m sure these days you may have heard people mention SIBO.  No, it’s not some robot or mechanical part.  And it can’t be found in a theatre near you.  It’s actually found in you and SIBO stands for Small Intestinal Bacterial Overgrowth.  Sounds delightful, doesn’t it?  Not at all!

If you have SIBO you have too many bacteria hanging out in your small intestine having a grand ole time.  Although for you, it’s not a party by any means because these little buggers can cause bloating, diarrhea and pain.

More common than most doctors thought, SIBO seems to affect females, older adults and those with Irritable Bowel Syndrome (IBS).  We will compare the two in another blog, so stay tuned.

The Signs and Symptoms of SIBO

SIBO signs and symptoms can be similar to other digestive disorders such as irritable bowel syndrome and lactose intolerance, which can make misdiagnosis common.

These signs and symptoms can vary from mild stomach discomfort to chronic diarrhea, weight loss and even a reduced ability to absorb nutrients from food. This is called malabsorption. 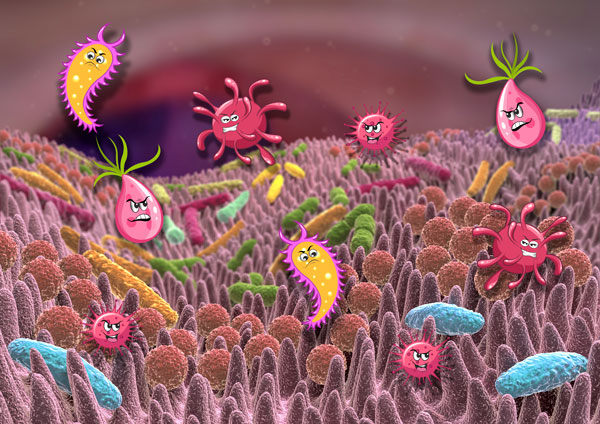 The following factors contribute to those experiencing SIBO:

Risk Factors For Those With Other Conditions

It has been found that people with certain medical conditions are more apt to get SIBO.  In fact, physicians consider SIBO to be a complication for those who have the following conditions:

But there are other risk factors as well which include:

Diagnosing SIBO Is Not Easy!

Since SIBO can cause a wide range of symptoms with varying degrees of severity, it can be difficult to diagnose.

The most effective and quick way to diagnose if a person has SIBO is with a breath test.  The breath test measures the concentration of hydrogen and methane with the results informing the physician about the severity and location of the bacterial overgrowth in your body.

Why does this breath test work?  Bacteria produce hydrogen and methane molecules when they break down carbohydrates in the intestine.  These molecules then enter the bloodstream, travel into the lungs and leave the body through breathing.

You must fast for 24 hours before taking a breath test.  During the test, you will be given a sugar lactulose beverage before breathing at regular intervals into a special balloon or a set of tubes.

If breath results are not clear, you made need to give samples of blood, urine or intestinal fluid to be sent for lab analysis.

Antibiotic therapy and dietary changes are the top treatments for SIBO.  If you have developed malnutrition or have become dehydrated due to SIBO, you will also need nutrients and fluids which may be administered through an IV drip.

Broad-spectrum antibiotics can stabilize SIBO by reducing the number of intestinal bacteria.  Addressing the underlying condition is the only way to completely cure SIBO.

Dietary changes work hand in hand with managing SIBO, but there is not enough concrete evidence to tell which specific diet works best.  Doctors are still trying to fully understand the role of dietary changes for SIBO treatment.

Treating underlying medical conditions such as celiac disease or diabetes will also contribute to treating SIBO.

The nasty bacteria cause SIBO to survive and thrive on carbohydrates.  So limiting carbohydrates prevents these nasty little buggers from growing.  You may also benefit from limiting fermentable foods.

Fermentable foods or FODMAPs are short-chain carbohydrates that are commonly present in dairy products, grains, and certain fruits and veggies.  Cutting back on eating these foods may help to relieve SIBO symptoms and also help you identify which foods are a trigger for you.

Dietary changes work differently for each person depending on symptoms and reactions to certain foods and beverages. We suggest you work with a doctor, nutritionist or professional to create a diet that works with your specific symptoms.

When you have abnormally large populations of bacteria in the small intestine, negative effects on your entire body can occur.  This large bacterial overgrowth makes it difficult for your body to absorb carbohydrates and fats from the food you eat.  This can also lead you to have vitamin deficiencies and excess gas.

You may also experience these complications:

Unfortunately, months after treatment, many people report the return of symptoms.  Prevention is extremely important when dealing with SIBO management.

SIBO usually develops in relation to an underlying medical condition or physical defect in the small intestine.  Taking care of the root cause lowers your risk of reoccurrence.

Dietary and lifestyle changes help in keeping SIBO at bay.  Eating more plant-based foods, and avoiding over-processed and sugary foods allows good bacteria to grow and help to stop the unwanted bacteria from getting out of control.  Add in regular exercise to the mix and you increase your chances of regulating your body digestive functions.

We Offer Hope If You Have SIBO!

One of the reasons we provide Allicin formulated products is they truly help in the battle against SIBO.  The 100% Pure Stabilized Allicin found in our products, is derived from garlic and is a strong antimicrobial.  It doesn’t contain the FODMAP’s found in other parts of the clove, which makes it effective.

Our highest potency formula is ALLIMED.  This is the only single herb that has been studied with SIBO and was found to be effective for methane-dominant SIBO.  See why Allimed is the number one, doctor-recommended natural choice. - Click here for more information. 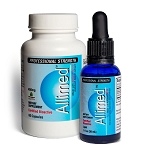 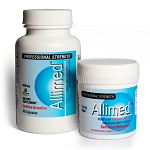 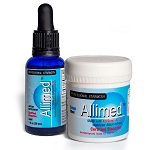 Carol
How much Allimax (180 mg) capsules per day do I take for SIBO? And do I take with food or on an empty stomach?
Reply
geo
Since no one from this site bothered to answer you and I had the same question - I thought I's let anyone else who reads this know that according to this link the dose for SIBO is 6 of the Allimed (450mg each, 2700mg total) per day split up into 2 or 3 doses. They also recommend taking berberine. https://www.allimax.us/Everything%20You%20Need%20To%20Know%20About%20SIBO%20and%20Garlic
Quick View